New planters encourage residents to brew their own tea 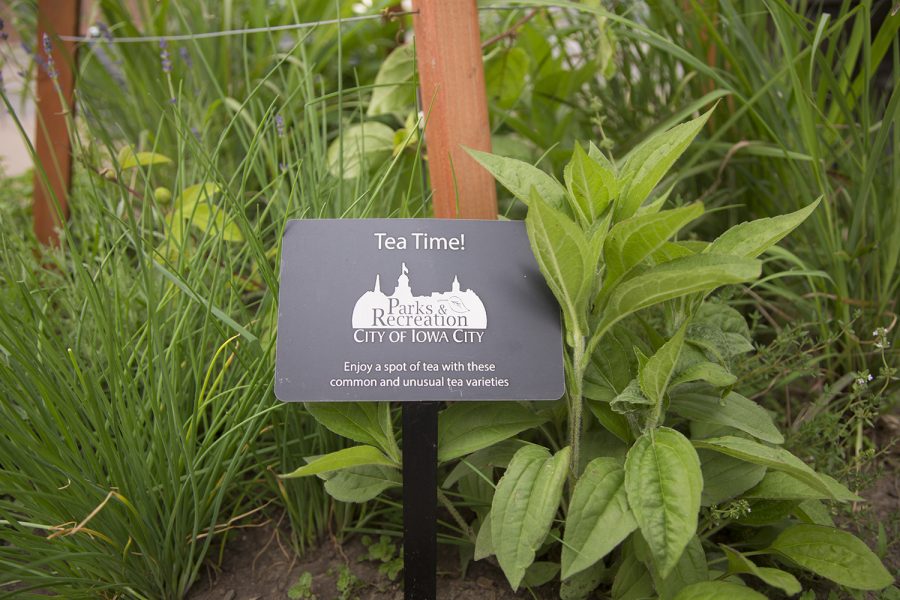 By Rylee Wilson. Originally published via The Daily Iowan.

Planters featuring a variety of tea plants allow residents to try their hand at creating their own blend of tea.

Iowa City residents looking for a cup of tea this summer have the opportunity to try creating their own personal blends thanks to a new planter project from the city.

New tea planters, located throughout Iowa City, encourage residents to be creative in creating their own varieties of tea.

The planters are located at City Hall, the Iowa City Public Library and various locations downtown, as well as City Park, the Terry Trueblood Recreation Area, and Robert A. Lee Recreation Center.

Baird said the tea planters contain all sorts of plant varieties, from those commonly used in tea to more obscure herbs.

“Tea is pretty versatile; there are a lot of different plants you can use to make tea,” he said. “For instance, we have everything from lavender, which is a pretty common tea plant in the planters this year, [along with] passionflower as well as lemongrass. We have more savory things like chives, which have been used for tea for a long time but aren’t that traditional thing everyone thinks of when it comes to tea.”

While the vegetable planters from the previous summer were popular, tea can present more of a learning curve than fresh vegetables.

“It is a little bit harder — you have to have a little bit more of that knowledge base or look to find that online or in other places to utilize the tea, not just the traditional veggies,” Baird said.

The new tea planters fit in with Iowa City’s walkability initiatives. Simon Andrew, assistant to the city manager, said the tea planters can catch the eyes of pedestrians.

“Part of it is, especially in the planters — it’s not the destination necessarily; they’re coming into to City Hall to pay their water bill … while they’re there, they come across it. It’s fun and inspires folks to do the same thing at home,” he said.

Sarah Walz, assistant transportation planner for the city, said such items as the tea planters can help provide “green relief” in crowded areas like downtown, as well as add separation between cars and sidewalks.

Walz said the planters can fit in with Iowa City’s plan for developing the Downtown District.

Baird said the tea planters have been well-received, especially by city employees.

“I have seen people stopping, reading the signs, and people talking about them as they go along,” he said. ‘We’ve had good responses from our staff and City Hall that are really excited about planters in our areas. Talking about how they would gather some throughout the summer — our staff who are also citizens in their off time are going to enjoy that as well.”